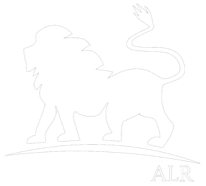 Angelo is a commercial attorney and business consultant. He has practiced law in California for fifteen years and in Idaho for a decade.

Raised in the United States and the Middle East, Angelo attended the University of California at Los Angeles on a full scholarship and graduated magna cum laude with a Bachelor of Arts in History at age twenty. He then attended American University-Washington College of Law in Washington, D.C., where he obtained a Juris Doctorate in 2003. He practiced law in Los Angeles for four years before relocating to Idaho. He was an attorney at Arkoosh Law Office and then Capitol Law Group in Boise, Idaho. After an eighteen-month secondment as General Counsel and Chief Operating Officer of a company operating in Southern California, he returned to Capitol Law Group as a partner between 2010 and 2012.

Angelo has represented clients ranging from successful sole proprietorships to Fortune 500 companies in administrative, trial, and appellate matters in federal and state courts in California, Colorado, Idaho, Minnesota, Nevada, Texas, Utah and Washington. In addition, he has developed a substantial transactional practice and advised on the successful financing of $700MM in asset and project finance matters. Angelo currently operates a boutique practice focused on select representation in commercial disputes, debt and equity-based financing matters, and corporate counsel advising.

Weathering the Tempest: The Impact of the Basel III Capital Accord on Asset Finance Transactions: The TN Journal of Business Law Spring 2013

Contrariety: Divergent Approaches to State Subsidization of Shipbuilding in the US and the European Union Tulane Maritime Law Journal Summer 2005

Outpacing the Tempest: The Consequences of the Basle II Capital Accord on Institutional Lending in Shipping Finance Transactions Transactions: The TN Journal of Business Law Fall 2004

Jay is a member of the law firm White Peterson PA in Nampa, Idaho, where his practice focuses on criminal and complex civil litigation. He was born in Salt Lake City, Utah and is a dual citizen of the United States and Finland.

Jay graduated from the University of Utah with a Bachelor’s Degree in Anthropology in 1997.  He then attended the Northern Illinois University School of Law, graduating in 2000. During law school, Jay worked for Judge John B. Roe of the 15thCircuit Court of Illinois. After law school, he served as a judicial clerk for The Honorable Don L. Harding, Sixth District Administrative Judge, in Pocatello and Soda Springs, Idaho. Jay then was awarded a full scholarship to the University of Arkansas, Fayetteville’s Agriculture LL.M. program and was a fellow with the National Agriculture Law Center (NALC) writing on the Clean Water Act, zoning and water law issues.

In 2003, Jay moved back to Idaho and worked for a boutique water law/agriculture law practice, Arkoosh Law Office in Gooding, Idaho, which was part of the 2008 merger that created the Boise-based firm Capitol Law Group. Jay was a principal of Capitol Law Group, where he expanded his practice to include civil litigation, wind energy law and federal criminal defense and also lobbied for various natural resources interests independent from the firm.  In 2012, he served a term as elected Prosecuting Attorney of Valley County, Idaho.

Jay has served as an adjunct professor teaching business law from 2011-2013 at Boise State University and also taught a business law practicum in 2015 at Concordia University School of Law. He has been a member of Idaho’s Criminal Justice Act Panel between 2005 and 2012 and from 2017 to the present.

In 2014, Andrea earned her Registered Diplomate Reporter certification, a designation held by only four court reporters in the State of Idaho and less than 400 court reporters nationwide. She has been an active member of the National Court Reporters Association for nearly twenty years and is the current President of the Idaho Court Reporters Association.